The Pirates! In an Adventure with Scientists!

Arthur Christmas is a 2011 British-American 3-D computer animated Christmas fantasy-comedy film produced by Aardman Animations and Sony Pictures Animation and distributed by Columbia Pictures. It was released on November 11, 2011, in the UK and on November 23, 2011, in the USA.[5] The film was directed by Sarah Smith, and it features voices of James McAvoy, Hugh Laurie, Jim Broadbent, Bill Nighy, Imelda Staunton and Ashley Jensen. Set in the North Pole, the plot tells about Santa's son Arthur Christmas, who must complete a mission before Christmas morning.

The story of Arthur Christmas revolves around the current Santa Claus, his wife, his two sons Arthur and Steve, and their grandfather, Grandsanta. Set on Christmas Eve night, the film opens with a set of elves sitting behind their computers in the command centre of Santa's mile-wide[6], ultra-high-tech sleigh titled the S-1. While Santa and the elves deliver presents to children using fancy advanced equipment and military precision, Santa's oldest son Steve manages the operation at mission control, alongside his obsequious assistant Peter. But Steve's clumsy and panophobic younger brother Arthur, who is in charge of answering children's letters, often gets in the way. During another one of Arthur's antics back in the field a child nearly wakes up and sees Santa, which would compromise the entire mission - during this tense moment an elf back in the S-1 inadvertently presses a button, causing a present to fall off a conveyor and go unnoticed.

With the seventieth annual delivery mission under his official command completed, Santa, being far past his prime and whose role in field operations now is largely symbolic, returns to give a congratulatory speech to the elves. Much to Steve's frustration, who has long anticipated succeeding his father, Santa announces he intends to continue for the foreseeable future.

During their family Christmas dinner, Arthur's suggestion for the family to play a board game degenerates into a petty quarrel with Santa and Steve arguing about their right to be Santa while Grand-Santa, who is bored by retirement, resentfully criticizes his successors' modernization of their calling. Distraught, the various family members leave the dinner table, though Arthur stops Steve with a small gesture to reassure him that he will be a great Santa Claus. However, Steve rejects Arthur's overture, while at the same time their father shares his doubts with his wife about his self-identity if he retires.

Meanwhile, an elf named Bryony finds the present - a wrapped bicycle that has not yet been delivered. She alerts Steve and his elf-assistant to the problem. Overhearing, Arthur is alarmed to recognize the present as a gift for a little girl named Gwen who had written Santa about her wish. Arthur alerts his father Santa who doesn't know how to handle the situation. Steve argues that one missed present out of the billions of deliveries that night is a minimal error and since sunrise is in two hours with the high-tech sled needing an overhaul, correcting that oversight will have to wait a few days.

The distraught Arthur is stopped by his grandfather, who proposes delivering the gift with his old wooden sleigh named Evie and the great-grandchildren of his old reindeer which were called Dasher, Dancer, Prancer, John, Bambi, "You with the white ear", "And You, and you". Together, Grand-Santa, Arthur, the reindeer and Bryony, who had stowed away, embark on a journey to deliver the present. They get lost and land in danger including being mistaken for aliens, thus causing an international military incident and losing reindeer in the various mishaps. Through the group's struggles, Arthur is profoundly disillusioned to learn that Grand-Santa is doing this merely to satisfy his ego, that Steve refuses to help them out of a petty resentment of perceiving that Arthur is threatening his succession and that his own father has gone to bed, apparently content to neglect his duty to that girl.

Finally, while stranded in Cuba after losing the sleigh, Arthur gets an renewal of purpose that the girl needs him and the field team manages to regain control of the sleigh. Meanwhile, the elf staff is collectively alarmed at learning of this neglected delivery and Santa's befuddled excuses sends them into a panic that their organization's ideals have been violated, threatening their whole existence. In response, Mr. and Mrs. Claus, and belatedly Steve, take the high-tech sleigh to deliver the present. Unfortunately, they are seriously delayed by a basic mistake of Santa's with the craft's navigation system which causes an embarrassing incident that reveals Steve's lack of empathy and compassion with his poor handling of the mistaken child. Humiliated at the misunderstanding, Steve loses his temper at his father's aged incompetence.

After much difficulty, and with Mrs. Claus' and Bryony's help, all the male Clauses arrive at Gwen's house before she awakens, only to have all but Arthur quarrel about who finally places the gift. Noticing that only Arthur truly cares about the girl's feelings in the Christmas spirit in this situation, the elder Clauses realize that he is the sole true worthy successor. As a result, Santa gives Arthur the honor and Steve forfeits his birthright to his brother.

With the crisis resolved, Santa goes into a happy retirement with Mrs. Claus. Meanwhile, Grand-Santa's desire for some traditionalism is satisfied with the compromise of the high-tech sleigh being pulled by a 5000-reindeer team led by the original eight reindeer, all of whom managed to return home after that difficult run. As for their sons, Steve finds he is content being valued as Chief Operating Officer with Bryony as Vice President of Packing (Pacific Division) while Arthur happily guides the enterprise in the proper spirit as the new Santa and S-1 renamed "EVIE" with Christmas ornaments and is pulled by five thousand reindeer. In an epilogue during the end credits, Mrs. Santa is revealed to be pregnant with her third child. A series of photos during the end credits documents the baby's birth. 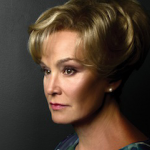 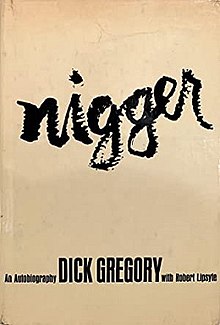 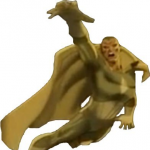 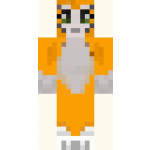